Here is an interview on Union, NJ TV 34, regarding my show 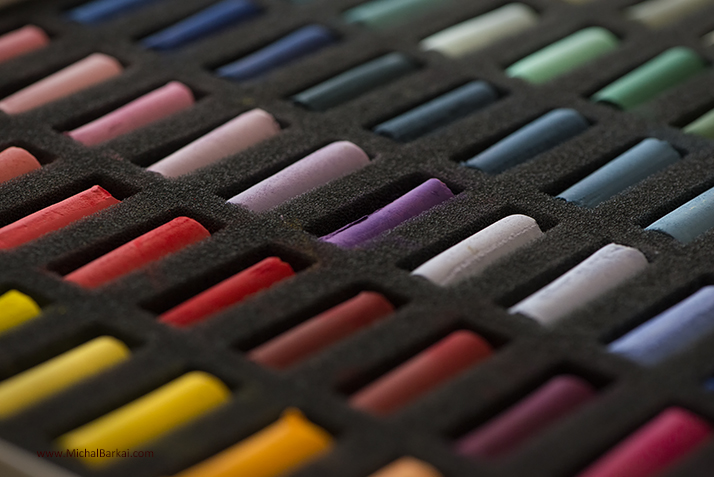 Happy to share that I will be teaching a pastel class in Montclair, NJ this winter. All levels, Adult School.
Here is the link to my class listing:
https://asm.augusoft.net/index.cfm…
pm me if you have any questions.

I'm honored to be elected and serve as the President of the Pastel Society of New Jersey (PSNJ) for a third term.

My photographic portfolio, "Shaped" (part of the Utah/Arizona collection) is featured in the summer 2013 issue of Stone Voices magazine. See http://www.stonevoices.co/uploads/files/SV8_SUM13_PREVIEW.html 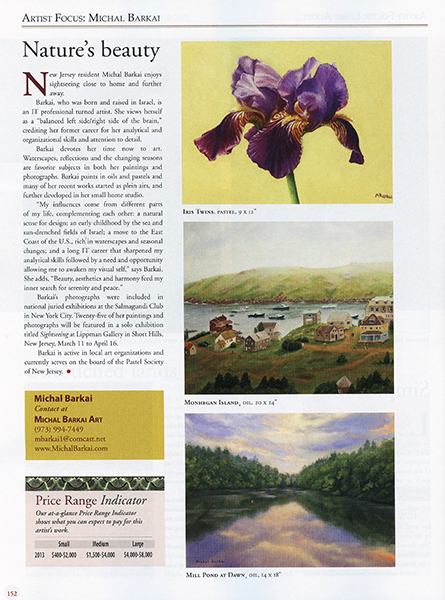 My portfolio of 13 paintings and photographs, titled "Seasons", is one of four portfolios featured in the July 2011 issue.

October 2014 - Honored to be elected President of the Pastel Society of New Jersey.

"For landscape artist Michal Barkai, “nice days are a precious gift.” They're gifts she doesn't take for granted "

See video clips and interviews with artists on
http://www.livingstonnavigator.com/video/visions-artists-group-exhibit

or visit the gallery page for the full version at:
http://www.livingstonnavigator.com/profile/LivingstonGallery

"Gorgeous Representational Renderings of Nature and More By Michal Barkai"